Lighting by Eric Andler (starting with the 2009 staged version)

After 5:00 is a haunting yet hopeful plunge into co-dependency, alcoholism, trust, and love. The seeds of the work developed through a House Special residency at ODC Theater in 2007. Since then, co-founders Ryan T. Smith and Wendy Rein’s signature duet has been performed in theaters, night clubs, schools, and galleries in Singapore, China, and throughout the U.S. After 5:00 is one of the company’s most narrative works, with a core of daring, athletic, and intricate partnering balanced by two solos.

The duet inspired the creation of the evening-length quartet Fallout in 2009. 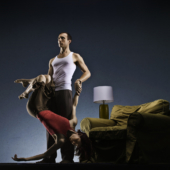 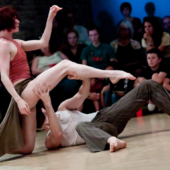 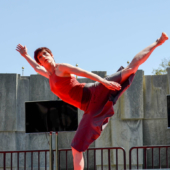 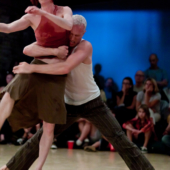 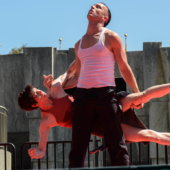