Brilliant Alarm was commissioned by Yerba Buena Center for the Arts in 2017, in response to: “Why Citizenship?”, the underlying question behind YBCA’s inaugural Transform Fest. With an eye to recurring cycles in history – reverence for intellectual prowess followed by a blinding fear of intellectual thought – the piece asks: “when we’re trapped in the cycle, what does it mean to be an informed and engaged citizen?” Drawing on global politics from WWII, the Spanish Civil War, the Chinese Cultural Revolution, and more, RAWdance revisited Brilliant Alarm  for the company’s 15th Anniversary season, also at YBCA’s Forum in 2019. Comprised of five performers and several hundred blue-toned hardcover books, the final iteration was viewed from two sides. 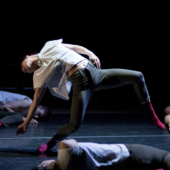 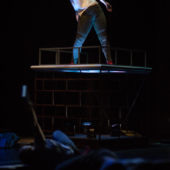 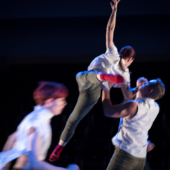 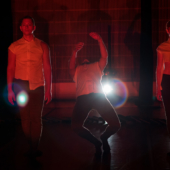 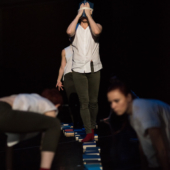 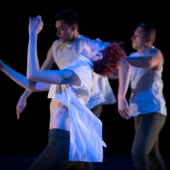 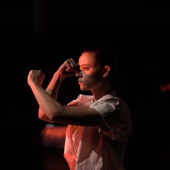 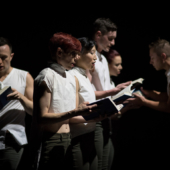