Mine was born during a residency in Ucross, Wyoming, where the expansive hills, never-ending barbed wire fences, and hints of the Old West left an indelible imprint on Smith and Rein. A series of imagistic, abstracted fragments, the work was inspired by the palpable clash between the vastness of the landscape and the myriad protective markings, both human and animal, that spliced each claimed territory. Scenic designer Sean Riley frames the stage with a series of ropes suspended from the ceiling, pulled downward with rusty metal counterweights. Two islands set onstage thrust similar structures upward. An original score by Joel St. Julien emphasizes a rough, mechanical drive behind the work’s animalistic movement. 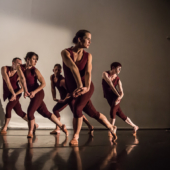 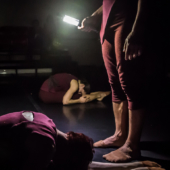 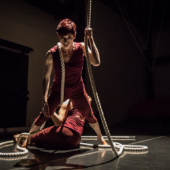 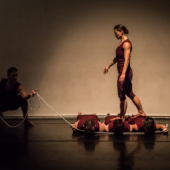 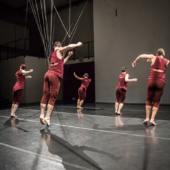 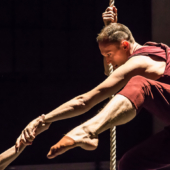 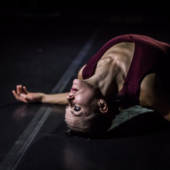 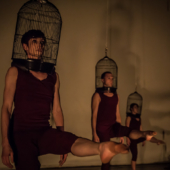