Performed one year after the shooting at Pulse in Orlando, Requiem was an offering to the 49 beautiful dancing humans whose lives were cut short by hatred and ignorance, and to the many more whose safe spaces continue to be corrupted by violence. 49 pairs of gold shoes formed a path through the Jessie Square fountain, framing the work. The piece was presented by the Yerba Buena Gardens Festival as part of its inaugural ChoreoFest.

“With alchemy, we offer all that we can, this space, our bodies, this sound.” – Joel St. Julien, composer 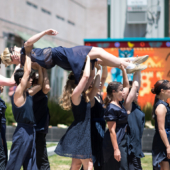 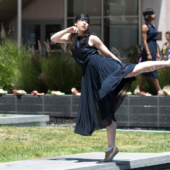 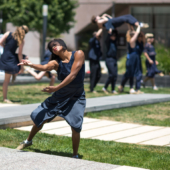 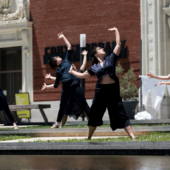 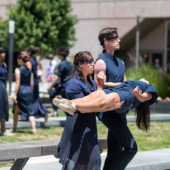