Special thanks to Tim Roughgarden, Professor of Computer Science at Columbia University

Turing’s Apple, created as the centerpiece of RAWdance’s 10th anniversary season, was inspired by Alan Turing’s dramatic life and groundbreaking intellectual contributions to modern day computer science. The piece was created in collaboration with acclaimed composer Richard Einhorn (known for Voices of Light). Set in a sea of apples, Turing’s Apple seamlessly weaves together the rigorous patterning of Turing’s computations, the fantastical imaginings of his dreams, and the deep emotion of his story into a dark, kaleidoscopic journey of Britain’s greatest code-breaker.

The work was developed in part through a creative residency at the Djerassi Resident Artists Program. 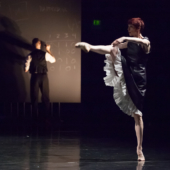 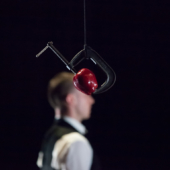 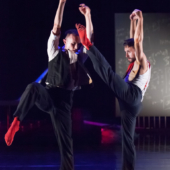